Getting Rid of Invasive Plants 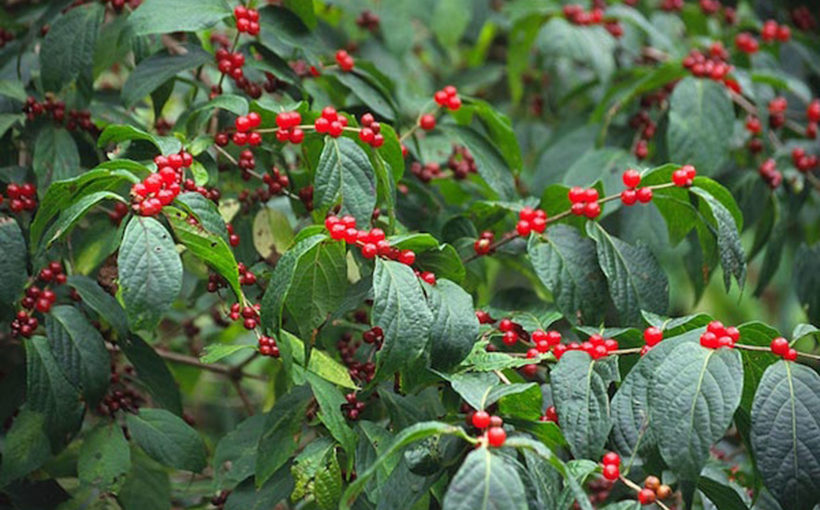 Do you have shrubs that sprung up out of nowhere, or a stand of weeds you just can’t get rid of? Chances are, you have invasive plants.

Invasives are non-native plants that spread aggressively outside their native range. They outcompete native plants and well-behaved non-natives, destroying ecosystems in the process. Sometimes they’ve even been introduced deliberately as a garden plant, only to escape into the wild and start wreaking havoc. 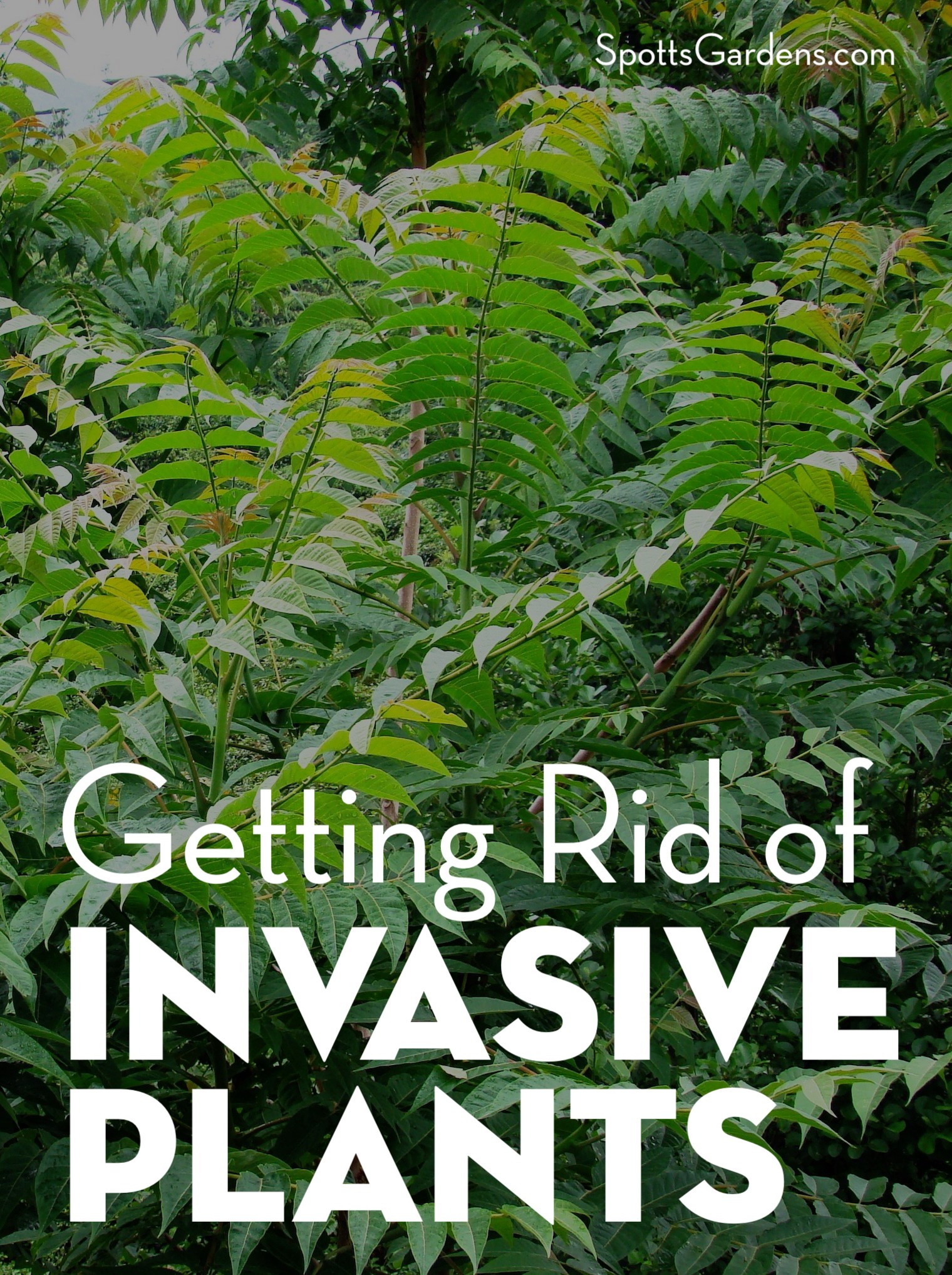 Invasive plants are everywhere—including in most backyards. Photo by Karduelis (public domain).

We’ve highlighted invasives you’re most likely to find in Indiana gardens; you can see more on our invasives Pinterest board.

Getting rid of these invasives can be a real chore. So if you have them in your garden, contact Spotts Garden Service to take them out for you. 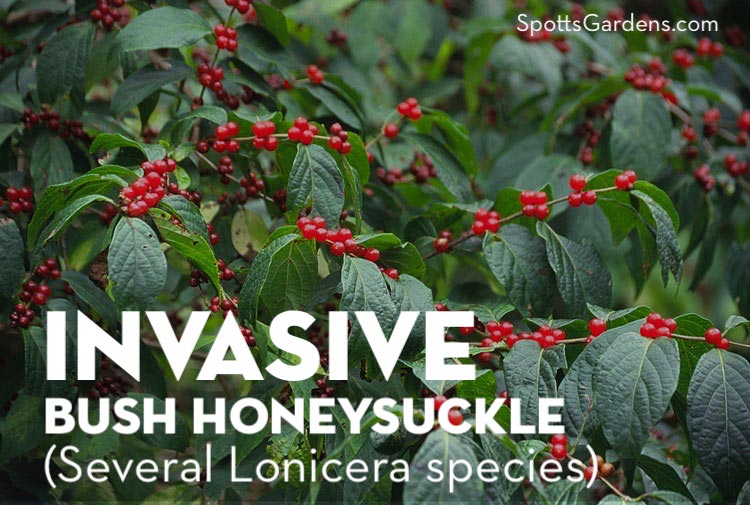 These Asian natives do serious damage to wild areas, and we can guarantee that they’re in your neighborhood gardens, too. Lonicera japonica, L. maackii, L. morrowii, L. tartarica, and L. x bella are all classified as highly invasive. They grow at an astounding rate. And because birds love the berries, they are widely distributed.  Fortunately, Indiana nurseries are not permitted to sell any of these species.

To manage bush honeysuckle, dig it out completely with a mattock. If you can’t do that, cut it to the ground. You can then paint the stump with a glyphosate (Round Up) to inhibit regrowth (one of the very rare occasions we advise using synthetic herbicides is when it comes to knocking out certain invasive shrubs). Patrol carefully for regrowth. 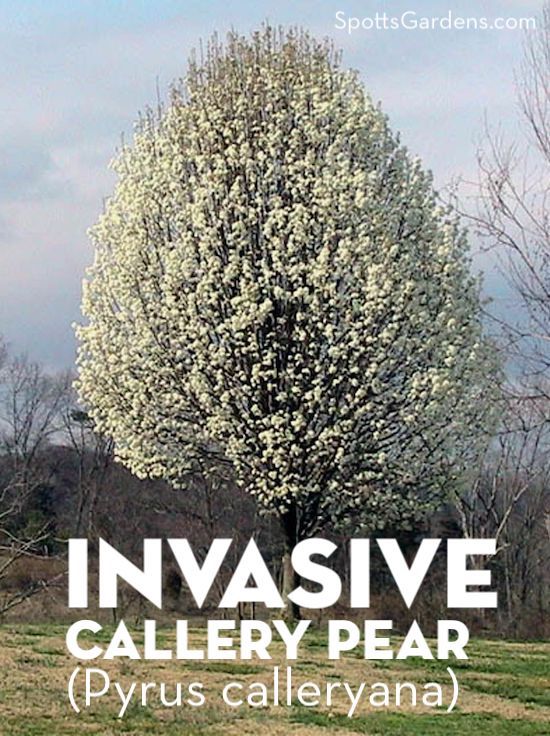 Go to virtually any recently completed housing development, and you’ll see streets lined with the pyramidal shapes of young Callery pears. Bad call. These trees grow quickly, but they are short-lived, prone to splitting, stinky when blooming, and—it turns out—highly invasive. While the fruits of Callery pear cultivars (like Bradford pear) may be sterile, they can cross-pollinate with other kinds of Callery pears, resulting in hybrids that can create large, invasive colonies in natural areas.

No matter how pretty it is, do not buy a Callery pear. When your existing one inevitably falls over in a storm, replace it with a native like serviceberry (Amelanchier x grandiflora). 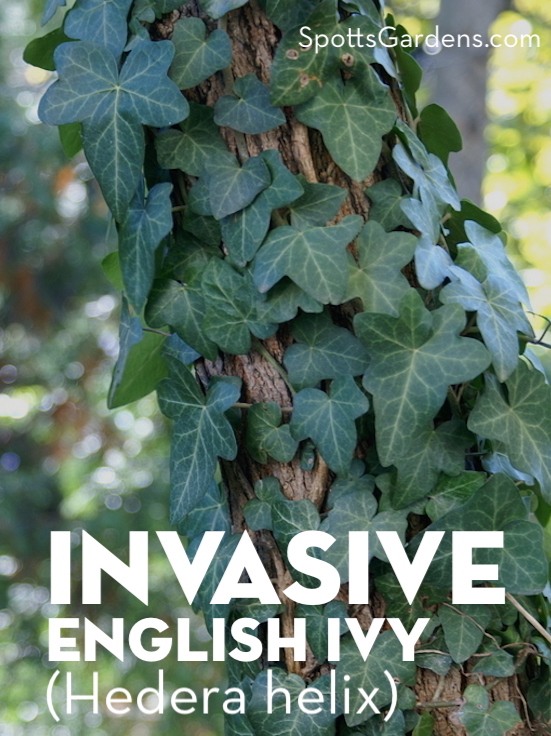 English ivy is much less charming when you know how aggressive it is. Photo by chery (public domain).

While an ivy-covered cottage sounds romantic, in reality that ivy is steadily pulling the mortar right out from between your bricks. The boa constrictor of plants, English ivy can climb trees up to 90 feet high and kill them by completely smothering them—trunk, branches, and twigs. It’s considered moderately invasive (the other plants on this list are highly invasive.)

To contain it, regularly trim and edge your ivy. Or yank it out altogether, the same way you would eliminate wintercreeper (see below). 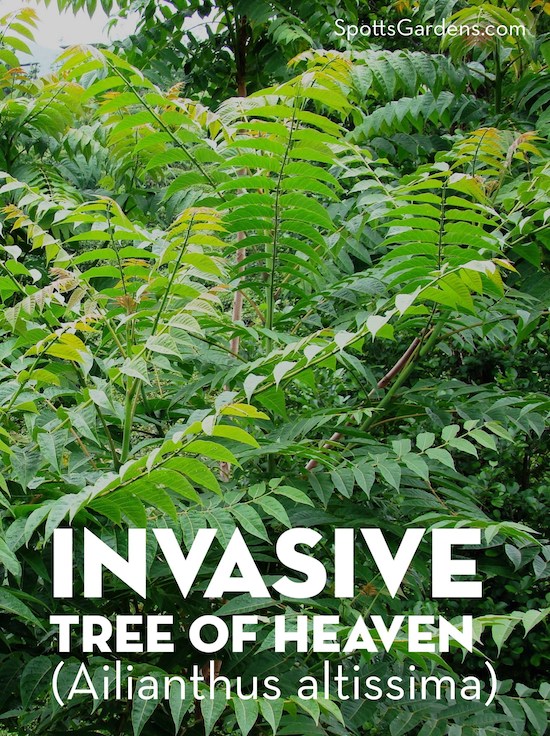 Tree of Heaven grows at an astounding rate. Photo by Karduelis (public domain).

A native of China, this reeking tree grows extremely quickly. Tree of heaven changes the soil it grows in, and it can actually kill other plants near it. Also, it smells like rancid peanut butter. Indiana nurseries are not allowed to sell it. 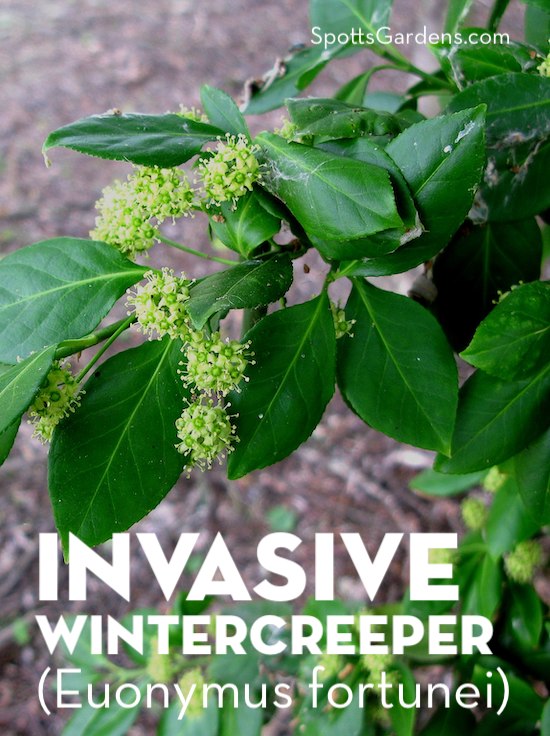 We can recommend a much better ground cover for any site than popular wintercreeper. Photo by Qwert1234 (public domain).

Wintercreeper has been a popular garden plant for years. Its shiny, evergreen leaves make it a popular ground cover that grows quickly; it puts down roots wherever the stems touch the soil. However, it eventually smothers all plants in the vicinity, covers trees, and possibly consumes slow-moving pets.

The best way to get rid of it is to string trim (weed whack) the top growth, then rake out the roots. Repeat until you have completely removed the roots, then patrol for future resurgence. We’re happy to report that as of April 2020, it’s illegal for Indiana nurseries to sell it.

Ready to take your landscape back from invasive plants? Contact Spotts Garden Service for a free estimate!