How to Mulch Your Garden to Prevent Weeds 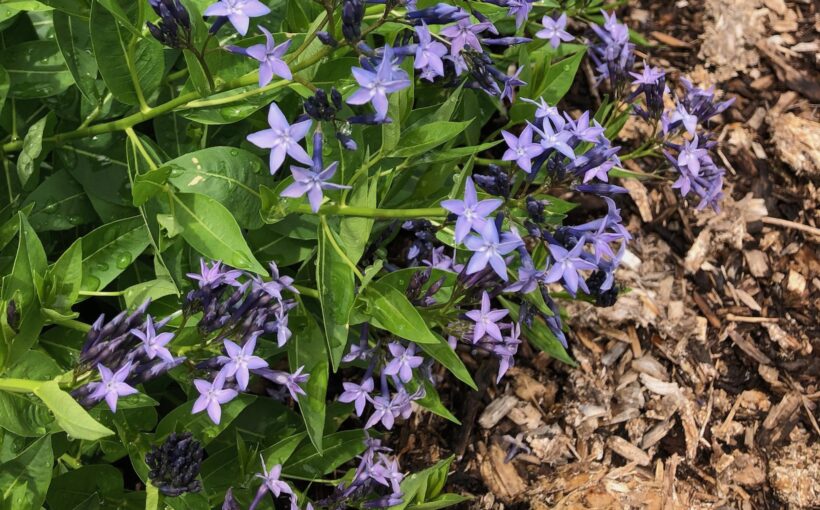 Mulch is a key tool for organic gardeners. It suppresses weeds, keeps the soil cool, and helps prevent loss of moisture. And provided you choose an organic mulch, it actually improves the soil as it breaks down!

Mulch is anything you place on top of the soil. It might be organic (meaning something that was at one time alive) or inorganic (like plastic or stone). We almost exclusively use organic mulch, like hardwood, straw, or shredded leaves. 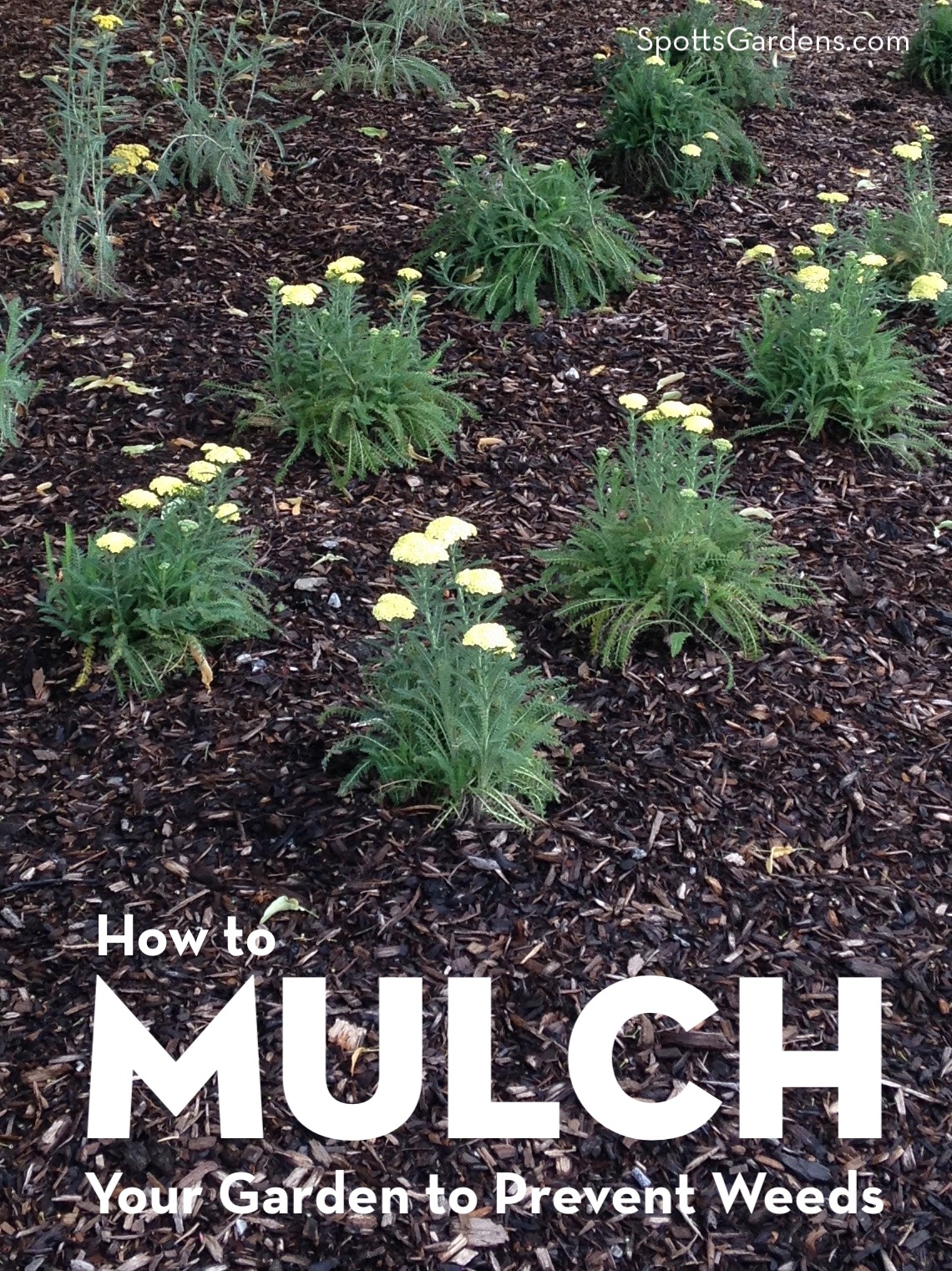 In summer, mulch acts as an insulating layer on top of the soil to help your garden retain water and stay cool. Applied in early winter, that same insulating ability prevents the constant freeze/thaw cycle that heaves your plants out of the soil.

As organic mulch breaks down into the soil, it becomes part of the soil’s humus, or rotted organic matter. Organic matter delivers a wide variety of nutrients to the plants, and it improves the texture of the soil and its ability to hold water.

We prefer to use: 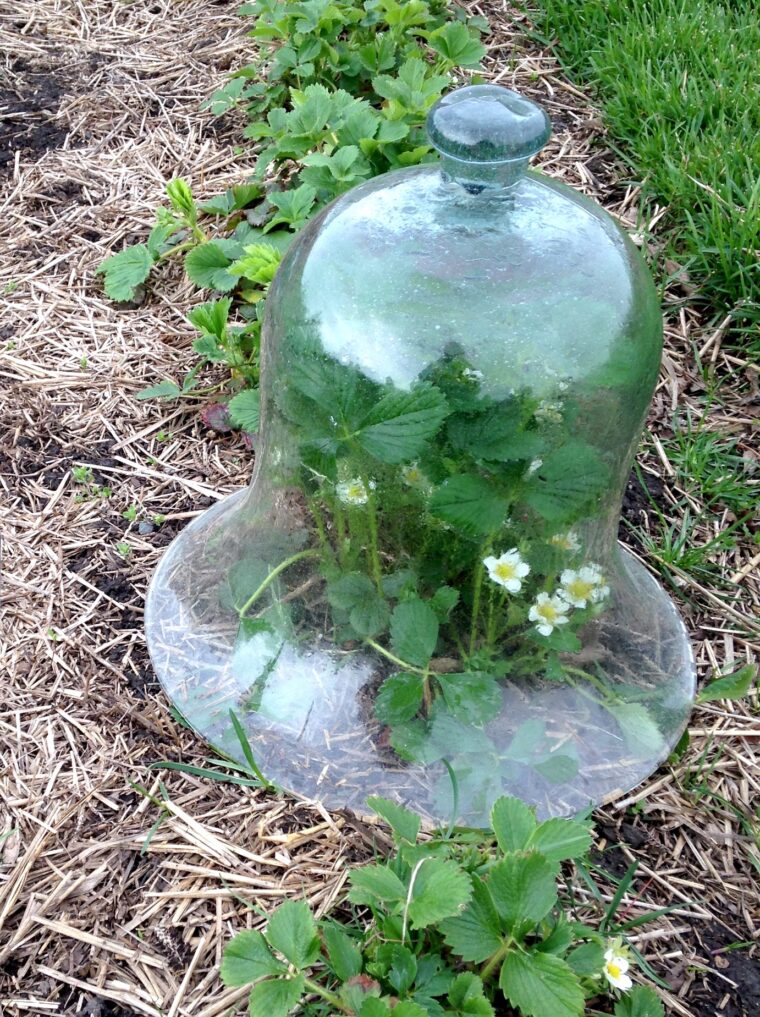 Dyed mulch—especially the red kind—really stands out in the garden. Instead, choose one that’s close to the color of your soil. A shredded, undyed hardwood is usually a good choice.

Steer clear of cypress and other softwoods, including those made by shredding pallets. Softwoods tie up a lot of the nitrogen in your garden while breaking down.

Most needled evergreens like spruce or (especially) pine drop enough needles to cover the ground and smother weeds. If that’s the case, just leave the needles in place. These dropped needles also make a good covering for beds with plants that prefer a more acidic soil.

In spring and summer, wait until the soil warms, no earlier than mid-April in Indiana. Weed the bed thoroughly, and edge the bed if necessary. Apply 2″ to 4″ of organic mulch. A thick layer is necessary to prevent weeds.

In winter, wait until the ground freezes, then apply up to 4″ of the organic mulch of your choice.

Avoid putting mulch right up to the stems of plants. Around trees, steer clear of the dreaded “mulch volcano” effect. Take a look at the tree trunk; it flares out where it meets the ground. That flare should never be covered.

If you’re taking back a particularly weedy bed, consider using a modified sheet mulching strategy. Lay down a 10-to-12-sheet thick layer of newspaper (or a layer of cardboard, as below) in and around the plants and directly on the soil. Dampen the newspaper with a hose, then put your mulch on top of that. This solid barrier does a better job of preventing sun from reaching weed seeds. It also slows the decomposition of mulch breaking down into the soil. 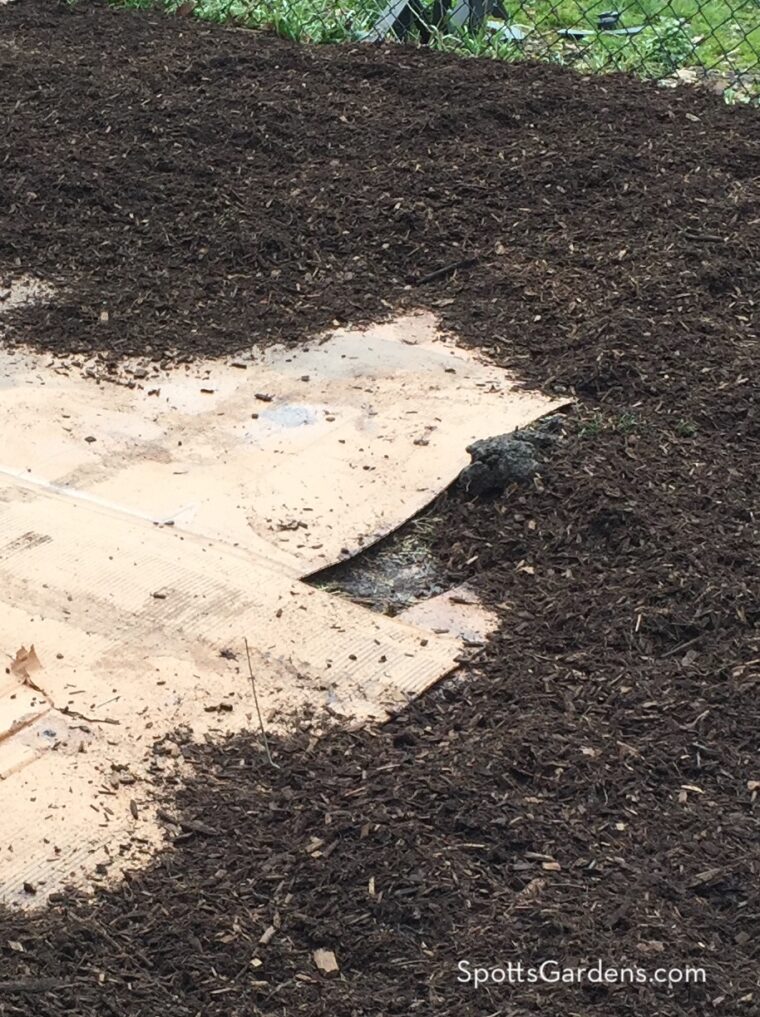 Remember, mulch goes on top of the soil. Don’t mix it into the soil. If you do, you’ll force the garden to use much of its nitrogen to break down the mulch instead of giving it to plants so they can grow.

You can refresh last year’s mulch by raking through it to fluff it up. If you see a lot of new weeds coming up, or if it’s is now the consistency of soil, add a new layer.

In our gardens, plants eventually take over the work done by mulch. When the garden matures, several layers of plants grow into each other, helping to shade out weeds. A thickly planted groundcover layer covers the soil. At this point, the plants themselves prevent weeds, manage soil temperature and moisture, and prevent erosion.

Plants start growing into each other usually in the fourth or fifth year after we plant a garden. At that point, we stop doing annual mulching. Instead, we drop mulch only in spots that need some temporary help.