Grow Vegetables through the Fall 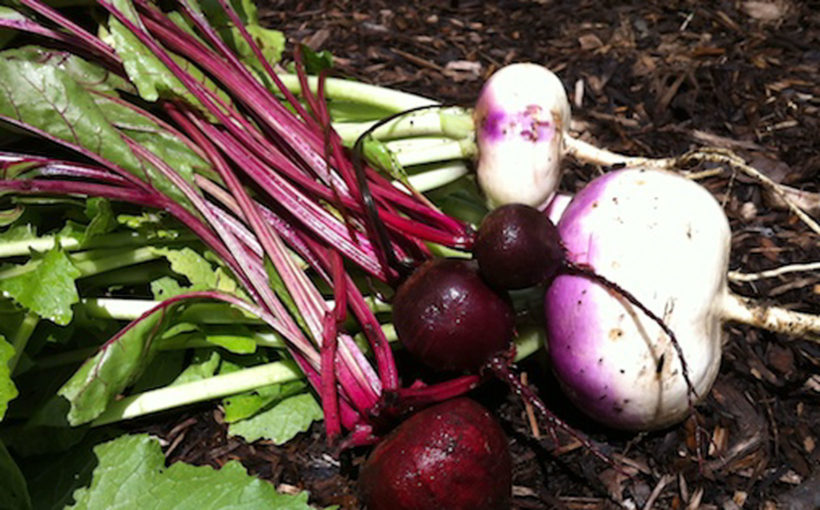 Believe it or not, you can harvest fresh veggies until Thanksgiving if you plant in July and August! So even while you’re harvesting beans, tomatoes, and other produce from the summer garden, get out those seed packets that are left from this spring.

Why plant fall vegetables in summer?

Plant in summer so cool-weather vegetables do most of their growing while the days are still long, then slow their growth as the temperatures drop and the days grow shorter. You want your plants to grow fast, but harvest slow.

Many cool-weather crops actually do even better in fall than in spring. Broccoli, cabbage, and Brussels sprouts, for example, benefit from the long, slow cool-down of late summer into fall.

So as your spring crops finish up, cut down the peas, pull out the salad greens, and use that space for fall vegetables.

Which ones are the fall vegetables?

When are they planted?

In central Indiana, frost generally arrives around mid-October. The vast majority of fall crops should be in the ground no later than mid-August. Follow our planting calendar to be sure you don’t miss the growing window!

In early July, start seeds for Brussels sprouts, broccoli, cauliflower, cabbage, and Chinese cabbage inside. You’ll transplant these out in August.

Direct sow these into the garden. Try sowing two or three rounds of each crop. Be sure to keep your seed bed moist, which can be a little tough during summer! Use shade cloth if you need to to prevent the seed bed from drying out.

Transplant out the plants you started inside in July:

Direct sow even more veggies in the garden:

Once your plants come up, be sure to mulch them to retain soil moisture and discourage weeds. As winter approaches, a thick layer of mulch over root crops like carrots mean you can pull vegetables even if most of the ground is frozen!

Harvest regularly, and enjoy your bounty even after most gardens have been put to bed for the year!