The Holly and The Ivy: Plants for the Holidays 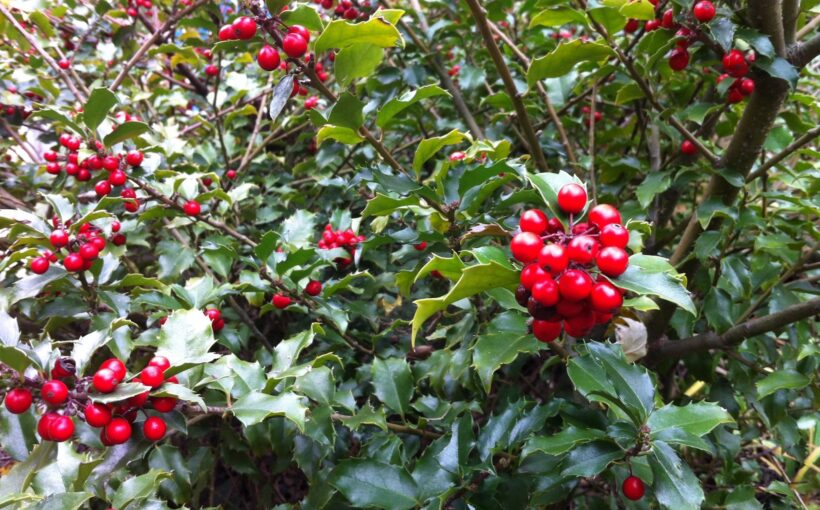 One of our favorite things about the Christmas season, is, of course, the plants associated with it. Holly and ivy have mythologies dating back thousands of years, and we grow them in our own gardens! Head out with some pruners to clip them for your winter decor.

And yes, we do know all the words to “The Holly and the Ivy.” 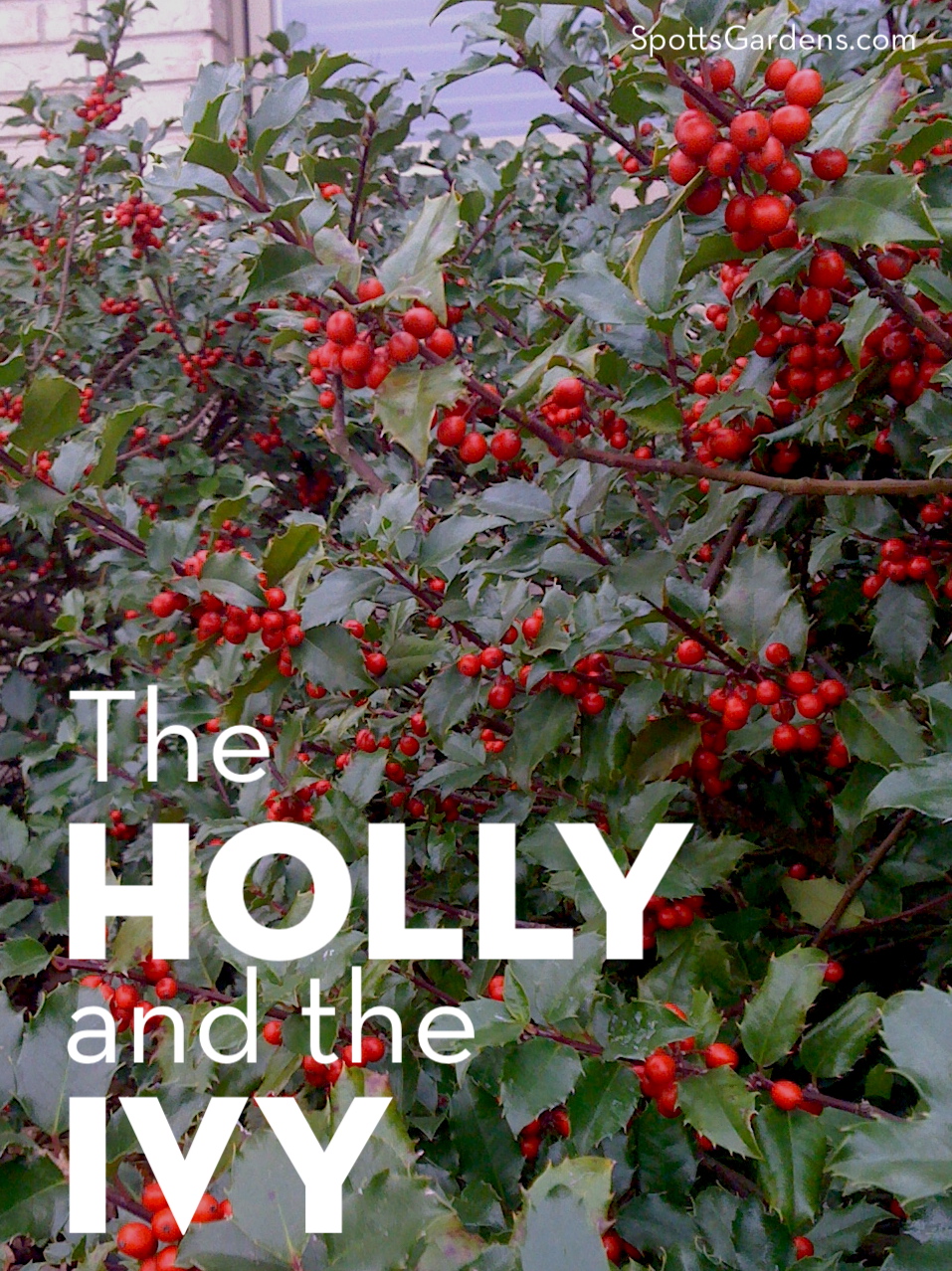 All hollies are dioecious, with the male and female flowers on separate plants. Choose a male plant for every three to five female plants to get the bright red berries: ‘Blue Prince,’ for ‘Blue Princess;’ ‘China Boy’ for ‘China Girl,’ etc. Sometimes female and male plants are planted together or grafted onto one plant; examples are ‘Royal Couple’ and ‘China Twins.’

Ilex x meserveae does best in full sun to part shade. Site it where it has some afternoon shade; a western or southern exposure may be too hot for it. It prefers average, moist but well-drained, and slightly acidic soil. Because central Indiana soil is alkaline, plan to side dress your plants with soil sulfur in spring each year. Drought is particularly hard on holly, so be sure to water in dry spells.

Other Hollies for the Garden

Our evergreen American holly tree, Ilex opaca, is native to the southeastern U.S. This statuesque stunner grows slowly to a mature size of 40′ to 50′ tall and 20′ to 30′ wide. It prefers the same sun and soil conditions as Ilex x meserveae, although we find it to be a bit more tolerant of our alkaline soil than the hybrids are. It attracts birds and butterflies, and it’s deer resistant! Plant it in groups of three or four to ensure enough pollination to get the berries.

The holly native to Indiana is Ilex verticillata, the winterberry. This deciduous shrub drops its leaves to reveal glorious red berries that stand out in the winter landscape. Birds love it. Winterberry does best in full sun, but it can tolerate part shade. It’s perfectly happy in average or wet soil, making it a great plant for the rain garden. While winterberry isn’t ideal as a replacement for evergreen holly in decorating, it’s an excellent shrub in its own right and one of our favorite native plants.

The ivy you’re most likely to see growing nearby is English ivy (Hedera helix). For years it’s been used as a tough ground cover, but now it is classified as an invasive plant. It will grow over nearly anything, clinging to walls and trees with little rootlets. 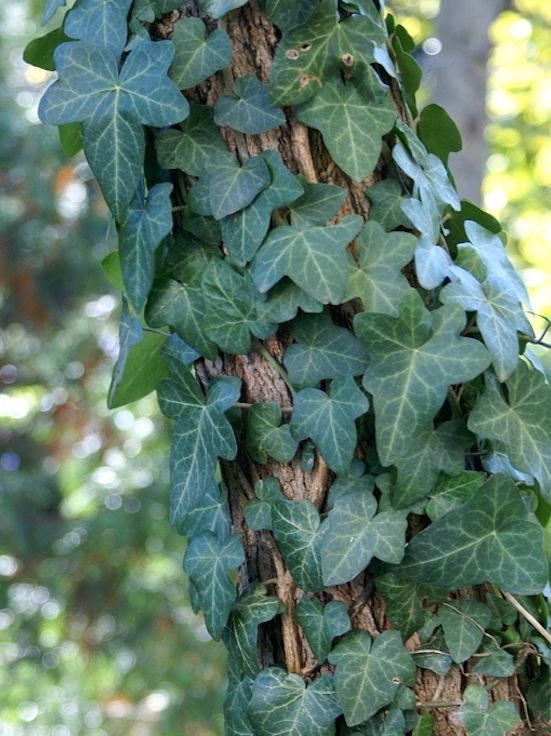 Do not plant English ivy in central Indiana. If you already have it, be sure to keep it reigned in. We strongly recommend keeping it off your house. The rootlets can pull at weak and damaged mortar, and insects and decay can develop behind the curtain of plants.

Decorating with Holly and Ivy

In pagan times, holly was considered male—upright and prickly—and ivy, with its clinging habit, considered female. Ivy twined around the holly tree showed the male and female principles in one balanced, evergreen package (or, if you’re of a combative mind, fighting it out for mastery).

Because both were green at a time when everything else turned brown, people brought holly and ivy inside during the long nights of the winter solstice. As Christianity gained traction in Europe, the pagan custom of using holly and ivy was absorbed into decorating for Christmas.

You can adapt the custom by sourcing holly and ivy from your own garden. You can lightly prune holly at any time of year; just be sure to cut at a joint or bud. And it’s tough to harm ivy; clip off as much as you want. Use holly and ivy in wreaths, set them as table decorations, or mimic the Victorian custom of tucking sprigs behind picture frames.