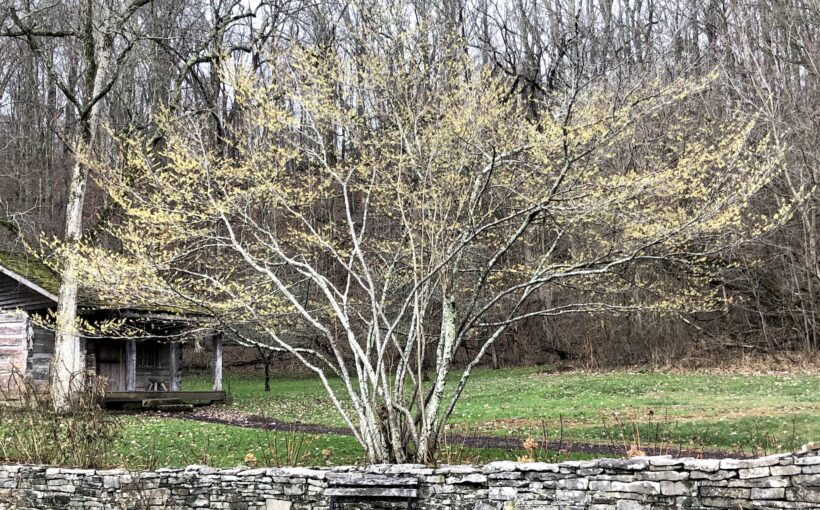 As gardeners in the Midwest, we look forward to the end of winter and one of our favorite garden tasks: dormant pruning. The ground may be slushy, but few things rival the satisfaction of pruning away the dead wood before spring!

Why We Prune in Late Winter

Winter pruning is done when the tree or shrub is still dormant, meaning its leaves have not begun to emerge. Once it starts to leaf out, the plant “breaks dormancy,” taking off in a flurry of growth as it releases food it made from photosynthesis and stored the previous summer.

When we prune in late winter, we can direct where that new growth goes. That makes dormant pruning ideal for creating good structure in young trees. It’s also essential for correcting growth problems in older plants. For example, we can prune to encourage trees to fill in bare spots with new growth.

In short, if we want to encourage or take advantage of new growth, we prune in late winter. 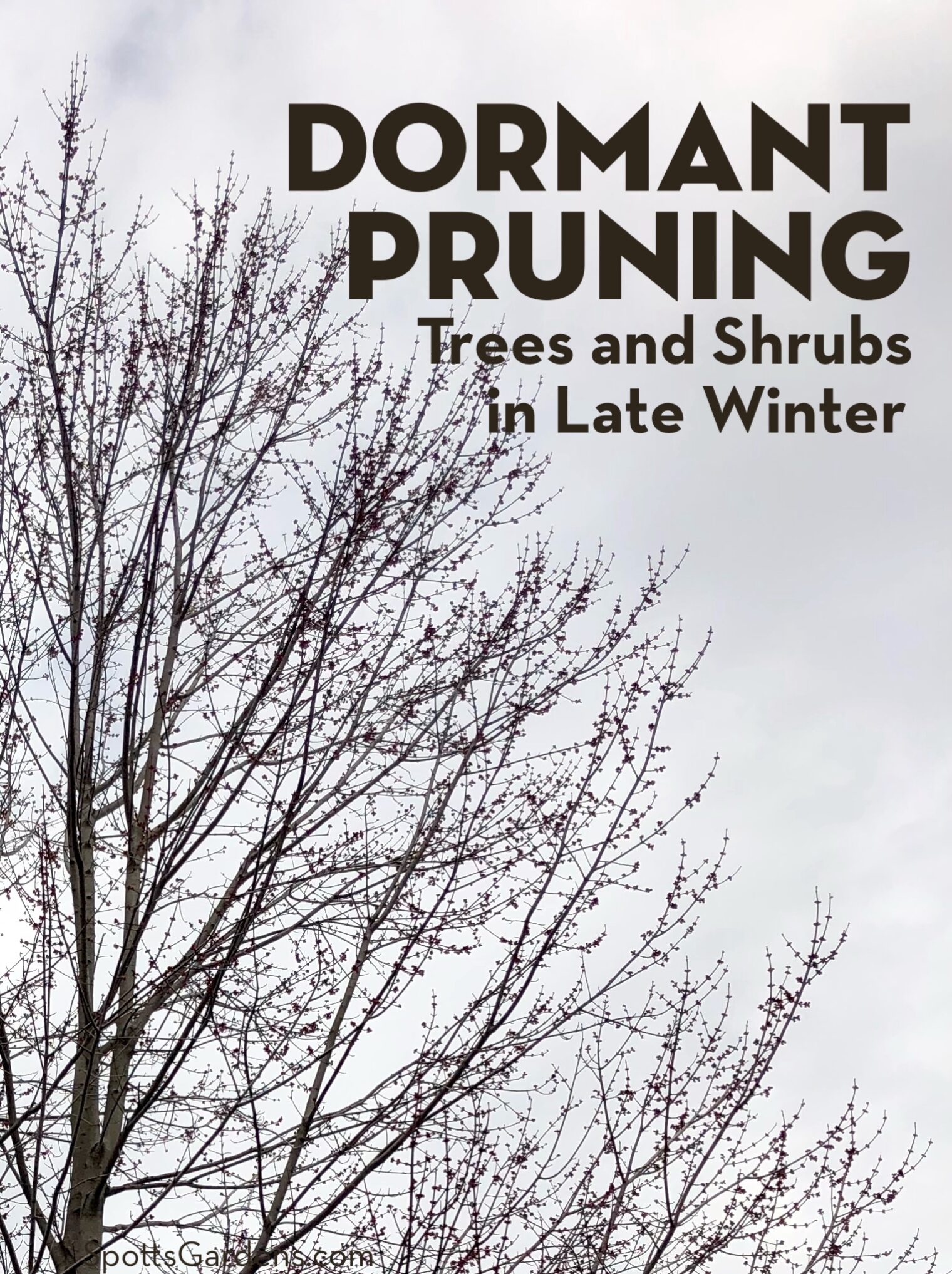 You may hear this kind of pruning called “winter pruning,” “dormant pruning,” or “spring pruning.” Here in central Indiana, we dormant prune from mid-February into March, or late winter into early spring.

Prolonged freezes can damage plants around new cuts. So while we’ll remove dead, damaged, or diseased branches whenever we see them, we time dormant pruning for after the worst of winter freezes are over. We aim for the sweet spot of past hard freeze (temperatures below 28 degrees) but before trees and shrubs begin to leaf out.

Which Trees to Dormant Prune

Fruit trees require annual pruning to produce well. Dormant pruning is the norm for apple, pear, and quince trees. Stone fruits, like cherries, peaches, and plums, are pruned after they leaf out.

Dormant pruning is also the standard for deciduous trees, so pretty much any tree that loses its leaves can be pruned in winter.

Evergreens can be pruned any time their wood is not frozen.

The following trees should only be pruned in winter. They’re all susceptible to fungal diseases that spread easily in wet spring weather.

A few trees are prone to “bleeding” (running sap) if they’re pruned in late winter. While the bleeding doesn’t damage the tree, it can look a little disconcerting. So if appearance is important to you, it’s best to hold off on pruning these until after their branches have leafed out completely in early summer:

A relatively small number of shrubs are pruned while dormant. We dormant prune most roses, including climbers and modern shrub roses. We also dormant prune vines like clematis and wisteria.

Instead, most shrubs are pruned depending on when they bloom. In spring, we prune shrubs that bloom in summer. These plants mostly bloom on new growth, so cutting them in spring doesn’t reduce the amount of flowering they do in summer. We usually prune them from mid-March to late April.

We prune shrubs that bloom in spring immediately after they finish blooming, which in central Indiana can be from late April into early June. Lilacs, viburnums, and other spring-blooming shrubs will bloom this year on the buds they made last year, so we wait until after they bloom to prune.

In late winter, we also take on coppicing, which is cutting a shrub down completely to generate new growth. We routinely coppice red- and yellow-twig dogwoods (new growth has the brightest stem color) and dwarf Arctic willow in late winter or early spring. We hold off until mid-spring to coppice more tender plants like butterfly bush, caryopteris, Japanese spirea, and beautyberry.

Other shrubs that we usually prune selectively may be coppiced every several years when their growth gets out of hand. Examples include barberry, rose of Sharon, ninebark, and weigela.

Spotts Garden Service can prune shrubs and ornamental or fruit trees up to 30′ tall. Contact us today for a free estimate.

Curious about the rest of the pruning year? Check out our pruning calendar. And if you want to learn to prune yourself, our garden coach can teach you!